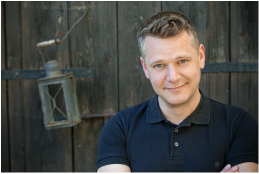 David Headley studied theology in London and Durham before co-founding and becoming the Managing Director of Goldsboro Books, a much admired, leading independent bookseller, based in central London.

David has spent the last 20 years establishing Goldsboro Books and building good relationships with editors within the UK’s major publishing houses. He has a good eye for what readers want to read and he has gained a reputation for championing debut authors. He created the UK’s largest collectors’ book club and is influential in selling large quantities of hardback fiction in the UK. David has won awards for bookselling and in 2015 he was included in the Top 100 most influential people in publishing by The Bookseller.

David is the managing director of the D H H Literary Agency which he founded in 2008 and represents an eclectic range of best-selling and award-winning authors.

David is actively seeking well written stories with strong characters and an original narrative voice across both general and genre fiction, and is specifically on the lookout for crime / thrillers with a twist and a beautifully told, scene-setting romance. David is not looking for non-fiction, books for children, young adult [YA], history, poetry, plays, screenplays & short stories / novellas