A cold case waits to be solved . . . and a killer waits in the wings.
​
Amy was seven years old when her father was arrested for murder. His subsequent trial and conviction scarred her childhood and cast a shadow over her life until, twenty-two years later, new evidence suggests he was innocent and Amy sets out to clear his name.

But Amy is not the only person troubled by the past. DC Gary Goodhew is haunted by the day his grandfather was murdered and is still searching for answers, determined to uncover the truth about his grandfather's death and find his killer.
​
But, right now, someone is about to die. Someone who has secrets and who once kept quiet but is now living on borrowed time. Someone who will be murdered because disturbing the past has woken a killer.
GENRE
​Crime; Mystery; Police Procedural 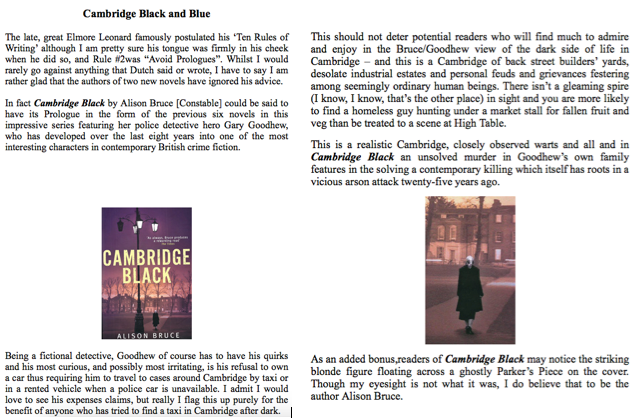 "Bruce is doing for Cambridge what Colin Dexter did for Oxford with Inspector Morse... Bruce's flair makes her one of our most interesting crime writers."
Daily Mail

"It's all orchestrated (from opening adagio to allegro finale) with authority."
Independent

"As always, Bruce produces a rewarding read."
The Times