Detective Sergeant Washington Poe can count on one hand the number of friends he has. And he'd still have his thumb left. There's the insanely brilliant, guilelessly innocent civilian analyst, Tilly Bradshaw of course. He's known his beleaguered boss, Detective Inspector Stephanie Flynn for years as he has his nearest neighbour, full-time shepherd/part-time dog sitter, Victoria.

And then there's Estelle Doyle. It's true the caustic pathologist has never walked down the sunny side of the street but this time has she gone too far? Shot twice in the head, her father's murder appears to be an open and shut case. Estelle has firearms discharge residue on her hands, and, in a house surrounded by fresh snow, hers are the only footprints going in. Since her arrest she's only said three words: 'Tell Washington Poe.'

Meanwhile, a poisoner the press have dubbed the Botanist is sending high profile celebrities poems and pressed flowers. The killer seems to be able to walk through walls and, despite the advance notice he gives his victims, and regardless of the security measures the police take, he seems to be able to kill with impunity.

For a man who hates locked room mysteries, this is going to be the longest week of Washington Poe's life...
GENRE
Crime; Police Procedural; Thriller 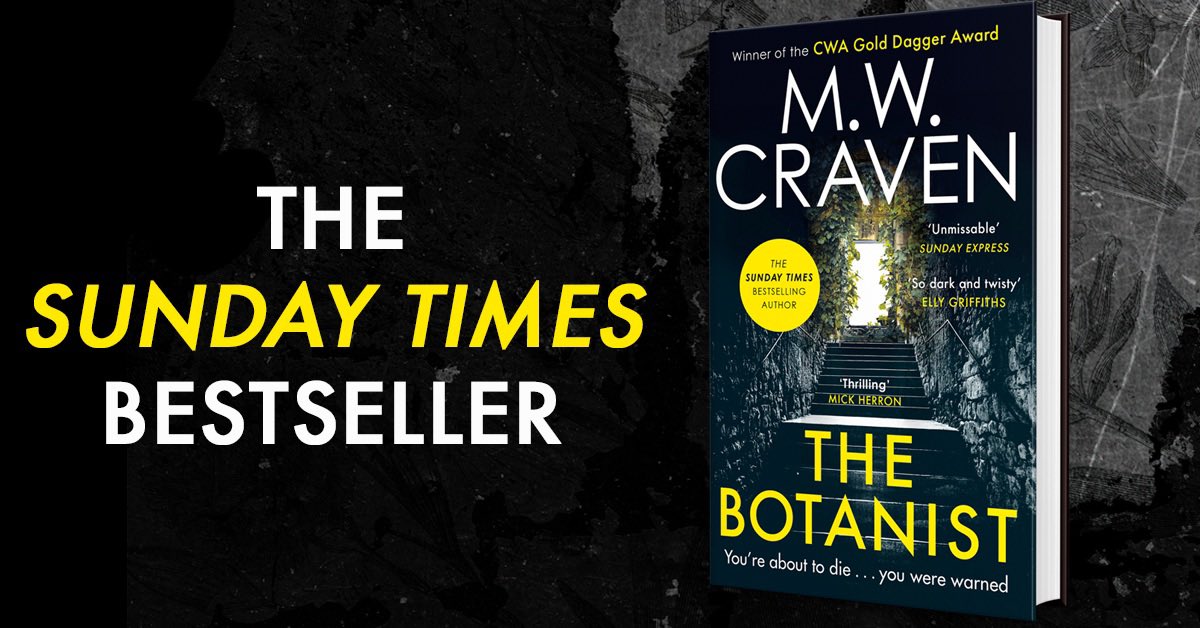 "Mesmerising, macabre and murderously funny. The Botanist is M. W. Craven at his sinister best. I couldn't love this series more."
Chris Whitaker

"Unputdownable, gripping, clever and with a rich seam of Craven trademark humour running through it."
Imran Mahmood

​Rights Sales for THE BOTANIST